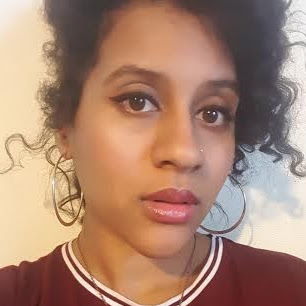 We challenge you not to be inspired after spending five minutes with Cherry. The Kids Network sat down with her to talk all things London, potential and unlocking that inner child.

Fun Fact: I used to be afraid of toilet seats as a kid.

(Also, not as fun fact… Cherry is my nickname. My parents weren’t that mean, to name me after two food items. Ha ha.)

What made you want to get involved with The Kids Network?

I’ve done quite a bit of mentoring in the past, more recently I did it with some migrant women. I used to work at a children’s charity in Camden and did a bit of it there.

Mostly, I wanted to give something back, to give that guidance and support. I’m the oldest in my family but I wish that when I was nine that I had had an older sister figure, that cool older person at that key time when you really needed someone.

What challenges do you think young Londoners are facing at the moment?

Being from London, I was born and raised here, London has a different vibe. It vibrates at a different frequency to anywhere else in the country or the world really. It’s such a big melting pot of everybody. There’s so much opportunity here.

The young children we are mentoring, there may be a lot of issues at home with more vulnerabilities and needs. This is really prevalent in London. On the flip side, there’s so much opportunity here but then, there’s not. If you’re not surrounded by the right people or you’re not aware, you won’t know about these opportunities or have  access to them.

What are you hoping to get out of volunteering with The Kids Network?

Kids have potential. Kids have the potential to really achieve and grow up to be the people they want to be or deserve to be. That’s another reason I really wanted to get involved, to really help nourish and develop these characters. I can learn so much from other people, especially children – they don’t hold back! They smell fear.

There are no limits, just because you are from a certain background or certain age, doesn’t mean you can’t be whoever you want to be. There’s a big disconnect, we are all people at the end of the day and we were all once children. I’m still young at heart!

What are you most excited about?

I want to be able to help someone in a positive way.

I’m excited about having some fun! Being a kid again. I’m wanting to go back to my 9-year-old self and really embracing that.

My mentee really likes being outside and science! I didn’t like science in school but did wanted to be an astronaut growing up! That didn’t really work out so I could definitely learn a thing or two from her.

I would just say – do it, become a Mentor! You won’t be sorry. You have a lot to learn, a lot to gain, a lot to give. You don’t know what potential you can unlock in yourself and a young child. 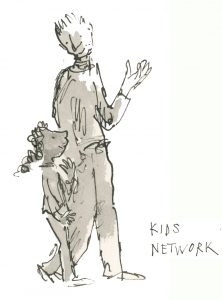